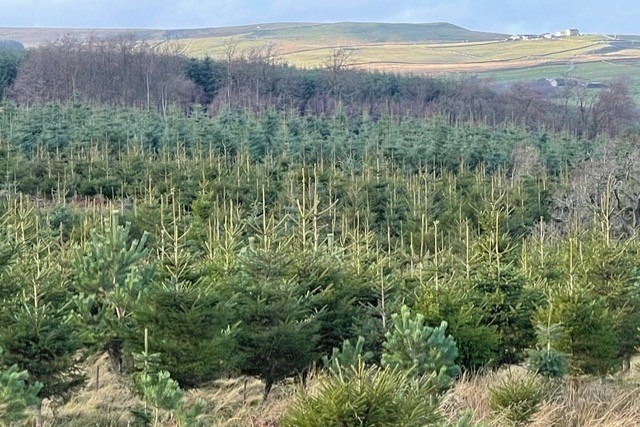 Tech in the trees. This startup is helping companies do carbon offsetting right.

Tech in the trees. This startup is helping companies do carbon offsetting right.

The current way that companies offset their carbon footprint is outdated and unreliable. Northallerton based company CSX Carbon want to change that.

We spoke to the CEO and co-founder Andy Howard at their base, C4DI Northallerton, about how they’re using technology to measure carbon in the natural world.

ESG (environmental social governance) commitments are now a big responsibility for large corporations, but businesses of all sizes can have a positive impact on the environment. Unfortunately, the current systems used for carbon offsetting aren’t good enough.

CSX, which stands for Climate Solutions Exchange, provide an innovative and cutting-edge alternative, that has far reaching benefits for businesses and landowners.

What do Climate Solutions Exchange do?

According to Andy “the purpose of CSX is to put audits, traceability and integrity into the monitoring of ESG commitments.”

They do this by working with both sides of the carbon market. If you’re a landowner with carbon capturing contents (forestry, peat bogs and more), CSX want to create opportunities that deliver a fair return on your assets.

If you’re a business owner they’re presenting a new way of delivering climate commitments by partnering with local land managers.

Meeting these commitments relies on having reliable data, something that is not readily available. “All of that is done through models and systems, which are half a century old. Nothing in this space has been updated. It’s still people going out with a tape measure or a long stick, sticking it in the ground, and going ‘I think it’s so high’”

But technology has moved on, and using drones, satellites and IoT services and products, CSX can monitor what is happening in the natural environment and make that data more accessible than ever before.

“CSX is a technology-based solution that both buyers and suppliers can access through a cloud infrastructure to ensure that they can measure what’s happening in the natural world and that the carbon offsetting that businesses are paying for, is genuinely happening.”

After all, there is a clear mandate today for businesses to offset their carbon. Andy references ‘the Greta effect’ and general awareness of the climate emergency as factors in the increasing need for businesses to take responsible action but also to “stop offshoring their carbon commitments, sending it to the Amazons, Africa, Indonesia etc.”

In many cases this not only removes the responsibility, but it also reduces the likelihood that any meaningful change is taking place. This is part of what some people have coined ‘greenwashing’.

“Greenwashing is real,” Andy says. “When you look at what is genuinely happening with some of these commitments, these carbon offset projects, in the Amazon and in the developing world, it genuinely is greenwashing. And businesses need to take notice. If they don’t want to be accused of that, they’ve got to take responsibility for making sure that what they’re saying is being delivered is actually happening.”

Early on in CSX’s journey they’d been asked to see a major car manufacturer about offsetting carbon. They wanted to do it in the UK but it simply wasn’t feasible. Andy came out of the meeting thinking, “We’ve got to change the system because otherwise the only people who are ever going to benefit are those that know how to play and use the system. And the smaller landowners are never going to be able to take advantage of the opportunities that are coming their way.”

CSX want to change that and, in the process, create a more honest system. One where it’s harder for consumers to be lied to about what’s happening when they use certain companies.

As it stands “the carbon markets are skewed towards the big players. Large corporate buyers and large landowners.” It’s an illiquid market that has made it very difficult for smaller landowners and land managers – tree planters, people restoring peat bogs – to access those markets.

“Our core principles,” Andy says. “Include representing the supply side of carbon and nature-based solutions and offering them an opportunity to monetize what they’re delivering for nature and bring that forward to a market of buyers.”

This is particularly attractive to smaller local businesses who want to support other local enterprises, whilst doing their bit for the environment. “CSX enables us to link businesses with local suppliers.”

It presents an attractive and holistic solution for business leaders and also has other benefits you may not have thought of.

Andy suggests leaders it as an opportunity to “support my local land manager, protect the peat bog, plant trees, protect the woodlands in my own local environment, so my staff and my stakeholders can enjoy it.”

There are also flood mitigation benefits. “Instead of our town and our factory where our staff and customers live, being worried about flood, we can hold water back in the uplands, which provides societal benefits for our own stakeholders.”

Another reason for getting involved is the potential for more meaningful staff activities. Andy suggests sending “staff on away days and team building exercises to plant some trees, build a path or restore a peat bog. Instead of sending them to corporate away days, playing golf or walking across some adventure playground.”

But this model isn’t just for the UK. It could have a worldwide impact.

It goes without saying, that climate change is a global issue. Whilst it might have once been something only the largest and most polluting corporations had to worry about, all businesses now have some responsibility for their environmental impact.

Many are quite happy to get involved, doing their bit for the planet. They just don’t have access to the necessary resources, as we mentioned above. The tech that CSX are offering which makes earth observation and auditing easier “is something the entire world needs.”

“What we deliver in the UK using that observation technology is something that can be rolled out across the world, which is all part of our plan for the coming few years.”

Indeed, CSX have their sights set on expansion. The company, which was co-founded by Director Edward Milbank and has 2 other remote employees, are interviewing for 5 more roles to add to the current 4 person team, on the day we spoke to them.

They’re currently closing a round of seed funding which will allow them to employ more staff. And after that they want to go to Series A funding in the next 12 to 18 months which will involve international expansion.

So, with their sights set on the wider world of carbon offsetting, why have they picked our recently redeveloped Northallerton prison as their HQ?

Part of the reason is linked to Andy’s history with rural enterprises. His successful forestry business was “the largest creator of new woodlands in England in over 30 years, and the third largest independent creator of woodlands in the whole of the British Isles for three years running.”

CSX has its roots in this enterprise but basing the company in a rural location would be a bad idea. “Internet connectivity in forests is really really bad.”

The fact it’s a prison is a fun bonus. They’re no stranger to visitors and video callers exclaiming “this really is an ex-prison isn’t it!”

“Even when you’re on Zoom calls you end up showing the bars over the window, [and they say] ‘why have you added them?’ [to which we have to say] ‘no they’re already there’. It’s always a fun place to be. It’s comfortable as well and there’s plenty of breakout areas to have relaxed discussions in.”

Andy is happy to admit there’s been no grand plan in getting to where he is now. He’s worked in a number of industries, including packaging and renewables before entering forestry and subsequently setting up CSX.

With the support of C4DI and external investment this Agri-tech startup is now looking to disrupt carbon markets around the world.