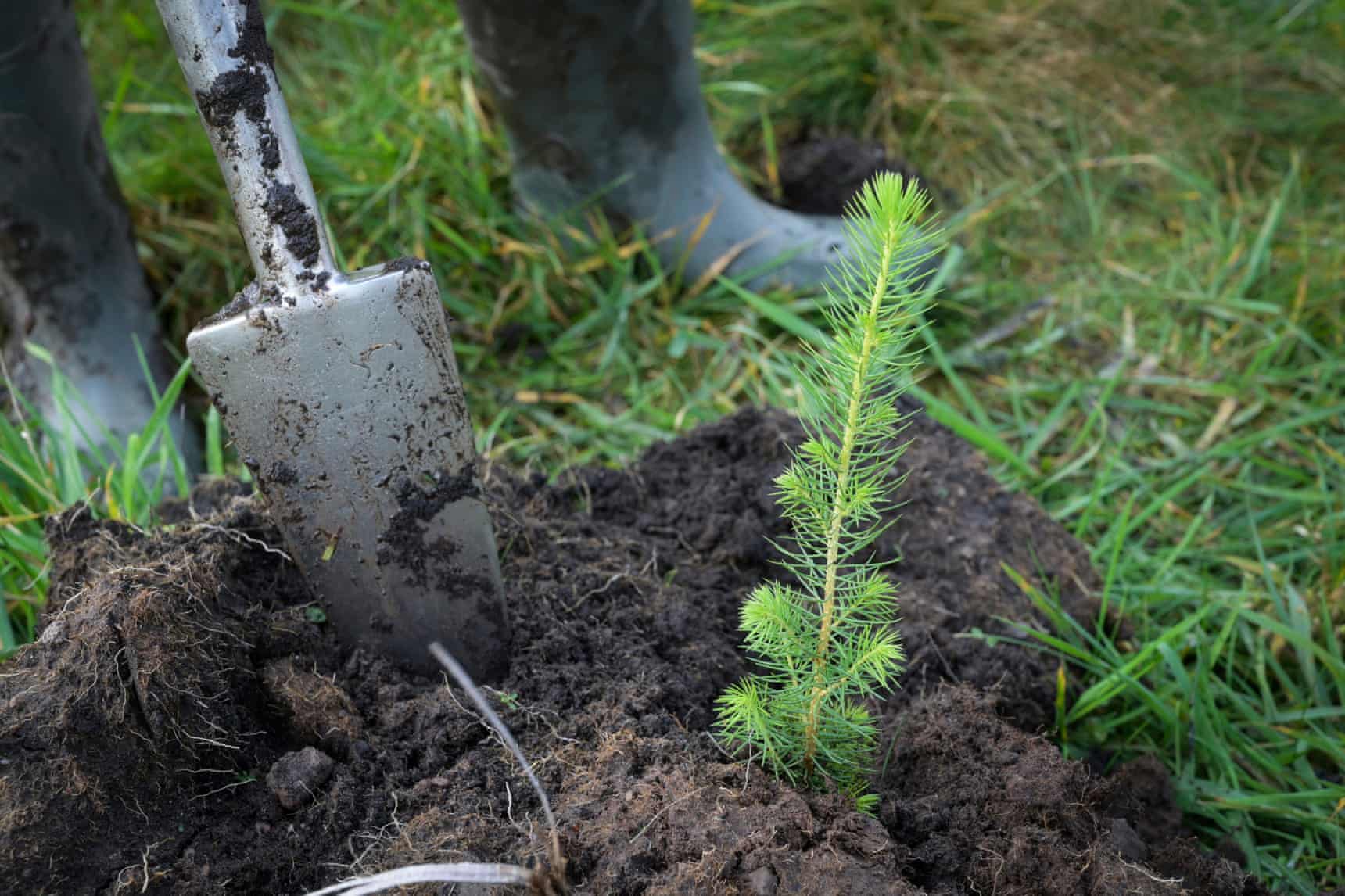 Reforesting the UK: ‘Trees are the ultimate long-term project’

By edwardmilbank16th November 2019October 19th, 2021The Guardian
No Comments

The UK needs 1.5bn new trees to tackle the climate crisis – a Northumberland project is showing one way forward.

“This whole area wants to be a wood,” says Edward Milbank, sweeping his arm across the former hill farm in Northumberland. Small saplings of birch have invaded the cleared ground, but many more trees are being pushed into the soil by hand.

The bracken and rhododendron that had overrun the hillside took heavy machinery three months to rip out. “When you disturb the soil, it becomes a wood very quickly,” says Milbank.

This former sheep and cattle farm, Doddington North, is being converted into England’s largest private new woodland in 30 years, with 680,000 trees being planted over the 350 hectares. Moving down the hill, Milbank points and says: “The reason we were able to raise the investment is that – sitka spruce.

The commercial timber tree will occupy 40% of the land, with native broadleaf trees such as birch, alder, aspen and oak on about a third and the rest managed as open grassland. Milbank, whose company Pennine Forestry is running the project, hopes it will encourage more wildlife, such as the red squirrels that live in an adjoining wood, and the kestrels that already fly overhead searching for the shrews that dart between tussocks.

The UK needs 1.5bn more trees, according to the government’s official climate change advisers, to suck up carbon dioxide and help restore wildlife. But the question of how they will be delivered – private or public, commercial or wild – remains open, despite the pioneering effort at Doddington North, which should be completed this winter.