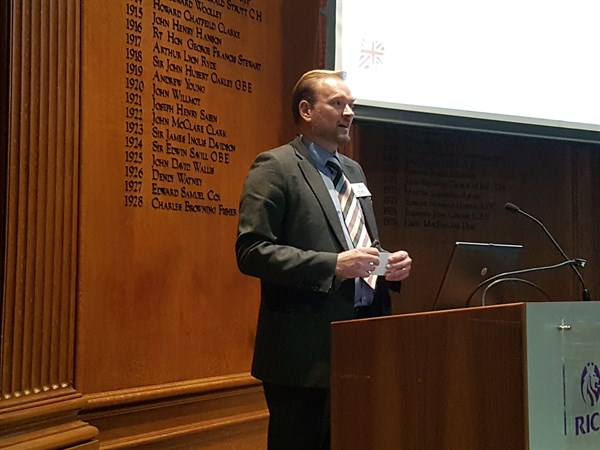 By edwardmilbank30th November 2017October 19th, 2021Institute of Chartered Foresters
No Comments
The largest productive planting scheme in England for more than 25 years was today granted approval – and will see more than 600,000 trees planted on a site at Doddington North Moor in Northumberland.

The decision was announced the day after Andy Howard, project manager for Doddington, described his long battle to gain approval at a major land use conference at Westminster, organised by Confor.

Mr Howard said: “I’m delighted to have secured the go ahead for the project at Doddington North. Well-designed new forests are fantastic assets for local people and wider society, and hopefully us starting to plant trees at Doddington North and the lessons learnt from the application process will encourage others to take that important step.”

Mr Howard added: “I’d like to acknowledge the valuable support of the local population, Anne-Marie Trevelyan MP and the unstinting positive backing from Confor. I’m also grateful to the Natural England and Forestry Commission staff at local level who ultimately found a way for us to some together to find a solution.”

The Doddington site, near Wooler, is 354 hectares, with 268 hectares to be planted – 42 per cent conifers (the vast majority sitka spruce), 20 per cent native broadleaves and 13 per cent mixed Scots pine and native broadleaf. Of the remaining 25 per cent, 10 per cent is open ground and 15 per cent managed priority habitat.

Mr Goodall said: “This is fantastic news for the industry and testament to Andy Howard’s dogged determination to take on and change a poor system that puts rigid process ahead of pragmatism and public benefit.

“As he said at the conference, Doddington has broken the mould and should lead to a more workable approach to modern, well-designed productive planting schemes – the door has been opened for others with high quality planting schemes to walk through.”

He added: “I’m really pleased that Andy highlighted the importance of the Woodland Creation Planning Grant at the start of the Doddington journey. Confor proposed the WCPG as a means to de-risk the early application process and Rory Stewart announced funding for the grant at our event in London two years ago.”

One of the major battles to get approval was the designation of the planting site as priority habitat. Andy Howard argued that the site had become overgrown with rhododendron, bracken and gorse and said the main danger was doing nothing. “Mother Nature does not work to civil service procedures,” he told the conference.

Under the Doddington planting proposal, the amount of priority habitat on the site will increase by almost 70 per cent due to enhanced management.

Mr Howard told the Westminster conference – Towards A Common Countryside Policy – that early engagement with the public – and taking time to explain the scheme to people – had been crucial. The local population had been hugely supportive, he said, and had helped to keep him going at times when he thought about giving up.

“Doddington has hopefully broken the mould and can help us start to move away from the ridiculous position where you have to prove that planting trees is not a bad thing,” he said. “You have to be prepared to challenge the ‘Defra family’ and their understanding, you have to plan very carefully, talk to local people at a very early stage and adhere closely to the UK Forest Standard. In the end, Doddington has proved that positive action gets results.”

Richard Greenhous, Director of Forest Services for Forestry Commission England (FCE), admitted at the conferencd that lessons had been learned by FCE during the Doddington process, especially around handling large-scale productive planting applications – because expertise had been lost as the focus shifted to smaller-scale planting over the last 25 years.

Dr Thérèse Coffey, the Defra minister responsible for forestry, urged the private sector to bring forward more large-scale productive planting schemes. She also repeated her concerns that first-time applications had to be of a higher standard and challenged the industry to take up more of the money available from Government, especially through the Woodland Carbon Fund.

Dr Coffey said a number of changes to the grants system had been made to make the process quicker and simpler.